I am from El Salvador, born in the capital of San Salvador in 1967. It was here, during the seventies where I have my first memories of furniture. My grandparent’s Bauhaus living room in the middle of the Spanish colonial town of Santa Ana, and my parents colourful home in a modern neighborhood of San Salvador. It was a big contrast compared to the customary heavy wooden furniture predominant at the time. In 1978 my life changed dramatically. The origins of a civil war led my parents to search for safer place for me, as a result I was sent to a boarding school in the United States were I completed secondary school and university. I remained there until 1992 when the peace treaty between the government and revolutionary forces in El Salvador was signed and the war ended.

I studied economics and management and went on to work for the financial sector for ten years. As a self taught artist, I worked on weekends and after work, learning metalwork from a mechanic at a car repair shop in downtown San Salvador. This is where I did my first pieces in 1995. As I began creating furniture I saw my influence was American Pop such as Warhol and Lichtenstein and regarded my pieces as pop sculptures. While doing research to find out where my style of furniture as sculpture fitted, I discovered the American Studio Made furniture movement. Although mainly in wood, I identified with the philosophy of the movement which viewed furniture closer to sculpture than to design. This led me to join the Furniture Society of North America and attend their annual symposiums. There I had the honor to meet Wendel Castle, Sam Maloof, Garry Knox Bennet, among many other great makers from the second generation.

I am interested by the intersection of Art and Function and developing sculptural furniture is my tool to explore this idea. This intersection of art and design is narrowed, similar to an art piece. Just as a sculptor chooses a medium to create a work, a maker chooses his. In my case it is metal. Although a central idea may exist for each work, the process of creation is spontaneous. When building the piece the element of accident is an asset. The concept of the work takes priority over function. During my early work colour was an important element in order to create accent pieces which contrast their surroundings. Conversely in my later work, transparency became an important factor allowing the pieces to integrate with their surroundings instead. The dialogue of light with the work is an important element as the interesting shadow patterns cast add another dimension. Each piece is hand built in the studio. In editions of more than one each edition is different as measurements vary slightly.

The Skeletoid Chair was selected by the Furniture Society of North America to represent the society on its annual exhibition at ICFF during NY Design Week in 2010. The Armadillo chair was shortlisted during the 2012 Iberoamerican Design Biennial (BIDDIMAD) in Madrid, Spain. In 2018 the Mecanica Chair was added to the Galila Barzilai Hollander Colleciton in Brussels. 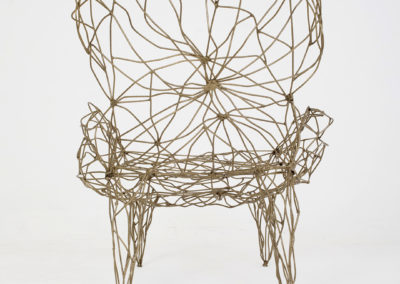 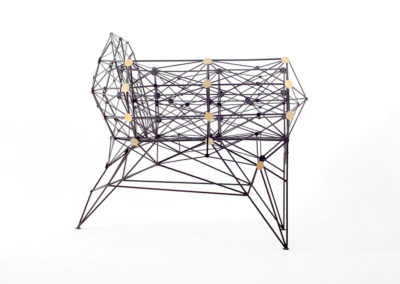 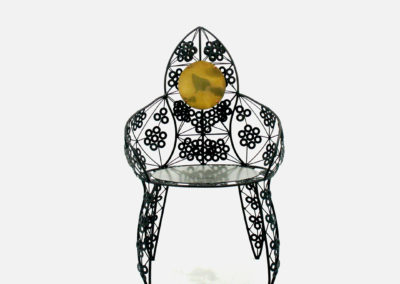 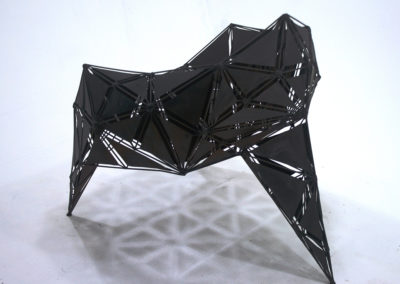 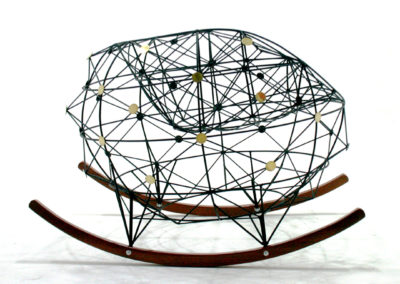 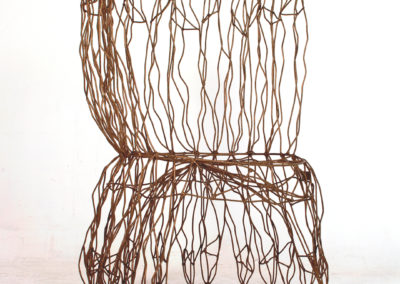 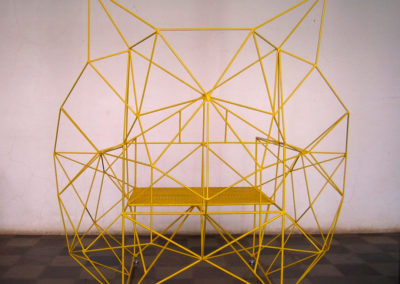 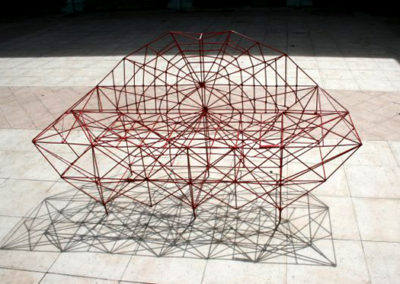 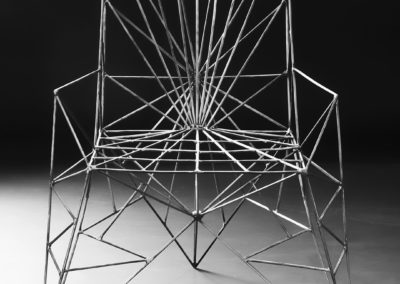 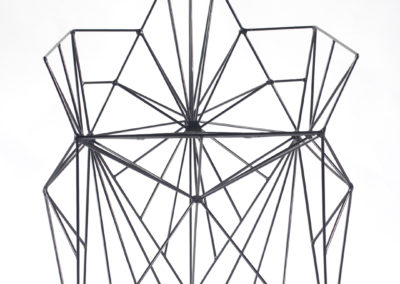 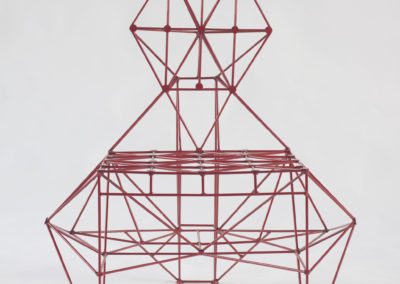 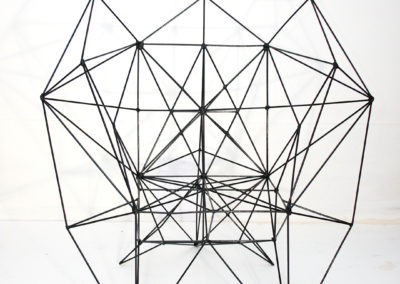